Decided to mix it up a bit and with my new Sous Vide. I purchased a couple of thick Ribeyes on closeout, nothing special, about $15 purchase. After doing some research I decided to cook it 2.5 hours in the water at 129.  Normally this would then be removed and seared, but I decided to add an additional step of smoking prior to the sear. 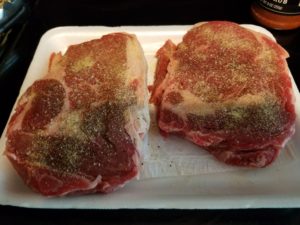 I first seasoned with salt and pepper and garlic powder and then sealed it. 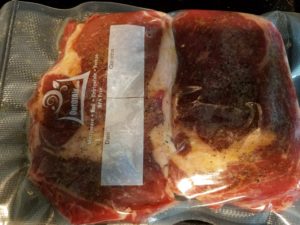 I then placed it in the water and set it for 2.5 hours 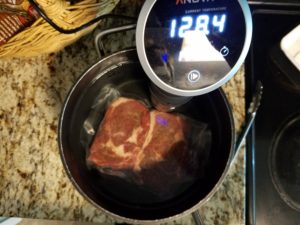 I decided I was going to smoke it also, so I placed it in an ice bath to cool it down 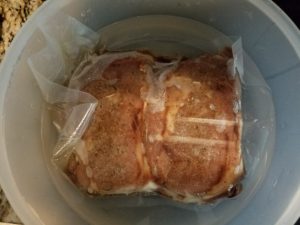 I then placed it on the smoker with some hickory, and planned to bring it back to 120 ish. 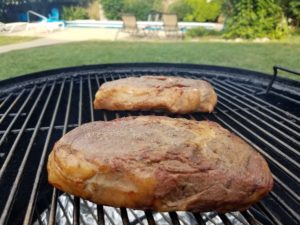 On my grills side burner, I got the cast iron skillet smoking hot and dropped them in 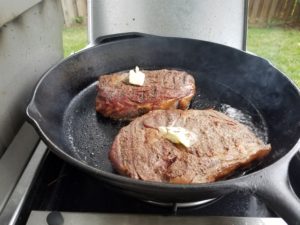 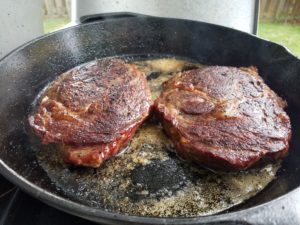 The steak was beautiful when removed. 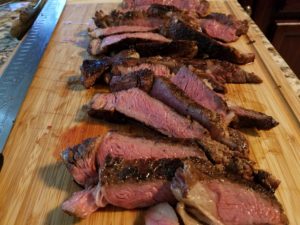 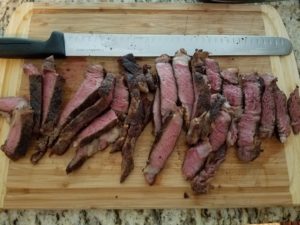 The steak was fantastic, so tender, ton of flavor and cooked perfectly.

My best steak ever…. so far